Why CAF kicked Cameroon out of AFCON 2019 hosting.

Published by manager on 1st December 2018

During an extra ordinary meeting of the CAF Executive Committee in Accra, Ghana, on November 30, 2018, the institution decided against the organisation of the 2019 African Cup of Nations in Cameroon (AFCON).

Based on reports from numerous inspection commissions repeatedly sent to Cameroon, CAF said to have noted that a good number of compliance conditions have not been met and deadline is not favorable for the country to be ready.

Despite claims from the Cameroon government and sport authorities, CAF committee notice the huge gap between the claims and the reality on the ground and the requirements of hosting the competition.

Reports from CAF Security Inspection Team during their most recent visit to Cameroon, do not vouch for the ability of Cameroon to host the competition.

Based on the slow pace of work progress, absence of a good number of facilities required for the organisation of the AFCON, based on a number of security concerns and the safety of players and fans from other nations.  CAF decided not to take any risks that could impact the success of the most prestigious African competition thereby stripping Cameroon off hosting the AFCON due in june 2019.

Before the extraordinary meeting in Accra, sources had suggested that the most recent inspection committee sent to Cameroon had already affirmed that the country was not ready to successfully organize the competition.

Concerns for Cameroon’s ability the organize this competition started since the expansion of the competition from 16 to 24 teams.

Cameroon authorities have been unable on several opportunities to convince CAF of their ability to organize the expanded competition mainly from the point of view of infrastructure.

CAF president Ahmad Ahmad said it was “a crucial and decisive moment for the good of African football.”

“We watched a video showing some of the developments in Cameroon as per preparation and there are good changes, but not enough yet.”

Speaking to ESPN in August, Ahmad hinted that concerns about security and infrastructure could lead to Cameroon, Africa’s reigning champions, being stripped of their hosting rights.

“I am not sure Cameroon is ready to host the AFCON,” he told ESPN. “There are many things which are still wanting and yet there is little time left.

“It would be dangerous to risk African players, especially the professionals playing their trade in Europe and other continents, to play under difficult conditions and facilities.”

This decision, without appeal, will mean that CAF will now initiate an open and urgent call for new host country bids to ensure AFCON 2019 takes place next summer.

CAF will ensure that a new host is in place by 31st December 2018, and it will communicate openly and transparently on the process and subsequent decision.

CAF reiterates that Cameroon remains a serious candidate to organize a future edition of AFCON, and acknowledges that Cameroon has mobilized significant resources and worked tirelessly to host AFCON 2019.

CAF unequivocally reiterates its strong commitment to work closely with Cameroon’s government authorities to mutually agree a new AFCON framework and timetable – should it agree to host a future edition. 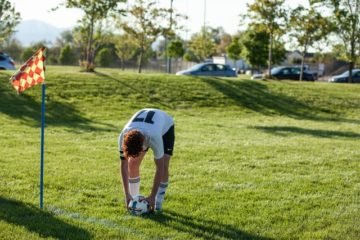 Confedearation Africaine de Football during an extraordinary meeting on Friday, November 30th, released a 34 man shortlist for the 2018 African Footballer of the Year award. Current holder Mohamed Salah and Sadio Mane are the headline Read more…

What Zidane has been up to since leaving Real Madrid

Former real Madrid Coach who recently led the blancos to a three straight Champions league titles has been catching up with life away from football after more than 25 years. After his shocking resignation as Read more…