It’s the premier league matchweek 32 and there’s been some great actions this saturday.

Ole Gunnar Solskjaer starts his reign as manchester united permanent manager with a win. Manchester united defeated watford 2-1 at old Trafford with goals from Marcus rashford and Anthony Martial. Watford stroke one back through Abdoulaye Doucouré at the 90th minute. The victory takes Manchester United to fourth place above Arsenal and level on points with Tottenham both still to play.

Manchester City regained their the top of the premier league as the beat Fulham 2-0 with a goal from Bernardo Silva assisted by Kun Aguero and another from Kun Aguero assisted by Bernardo Silva. Manchester city toggles back to the top of the premier league table with this victory waiting for Liverpool’s match on sunday against Tottenham. A match very crucial for the faith of both teams as far as the race for the title is concerned.

Meanwhile at the bottom of the premier league table, huddersfield have been relegated after a 2-0 defeat at Selhurst Park against Crystal Palace. They are only the second club to be relegated from the Premier League in March after Derby in 2008. It was their 24th defeat in 32 gameweeks this season with just 14 points. They survived just one day longer than Derby in 2008 and equalled their unwanted Premier League record of relegation after 32 games.

Burnley moved 5 points clear of the Premier League relegation zone after 2-0 home win over Wolverhampton Wanderers on Saturday. They are 5 points above Cardiff who have two games in hand but still to host sixth place Chelsea on Sunday.

Southampton also moved 5 points clear of the premier league relegation zone after winning away at Brighton. The saints are level on point with Burnley and brighton with a game at hand with brighton still to play 2 games.

It was an emotional day for Leicester united as the beat Bournemouth 2-0 on a day that would have been their late owner’s birthday. Captain Wes Morgan and Jamie Vardy both scored fox the foxes  as they continued their bright start under new manager Brendan Rodgers with a third straight premier league win.

Everton secured a win against at West Ham as Kurt Zouma and Bernard both scored to secure 2-0 win for Everton. It’s a victory that takes them two place up the premier league table above the opponents and Watford who earlier lost to Manchester United.

Premier league Matchweek 32 action continues on sunday with Liverpool looking spear pass Tottenham to stay in the title race. Tottenham will be looking to secure their place in the top four as they are closely trailed by Manchester United, Arsenal and Chelsea.

Chelsea will be in Action away against Cardiff in an imperative win game to stay in the race for a top four spot. Browse more content on other leagues and stars on this website. 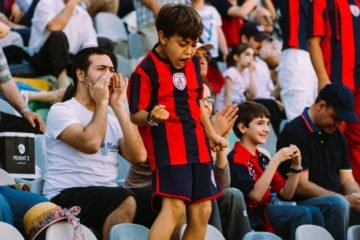 A glorious victory at the Emirates stadium against Tottenham takes Arsenal to the fourth spot of the premier league table. Match summary A Pierre-Emerick Aubameyang double inspired a thrilling 4-2 north London derby triumph for Read more… 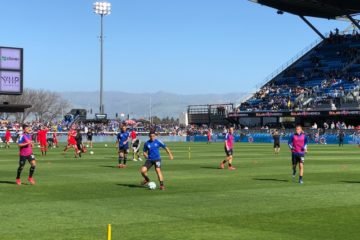 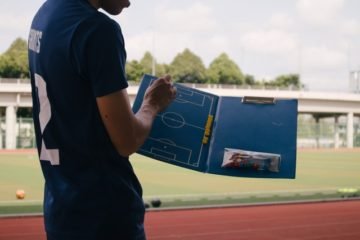 Bernardo Silva, Sterling and Gundogan each scored as Manchester city beat bournemouth 3-1 to extend their lead to five points from Liverpool. Bernardo Silva opened the scoring for manchester city converting a rebound after Asmir Read more…