He has been inspirational so far this season and has once more proved his team can always count on him – Lionel Messi.

The Barcelone city rivals gave Barcelona fc a hard time at the Camp nou but the genius of Lionel Messi came to play as he scored twice to further spread the gap at the top of the la Liga santander table.

Barcelona struggled to break the Espanyol defense early in the match as Messi, Suarez and Rakitic all came close with half chances but were not able to convert in the first half of the game.

Despite the resistance of Espanyol Barcelone, Lionel Messi who have been unstoppable this season, broke the death lock for his team. 19 minutes into the second half, he dinked in a wonderful effort from a set-piece despite Victor Sanchez’s best efforts to clear off the line.

Lionel Messi again secured the three points for Barcelona in the 89th minute as Malcom ran clear on the breakaway, before cutting the ball across for Messi to sweep a trademark finish low into the bottom corner.

Barcelona is currently on a 17 match unbeaten run before their match against Villarreal on Tuesday and winning a second straight La Liga title looks to just be a matter of formality. 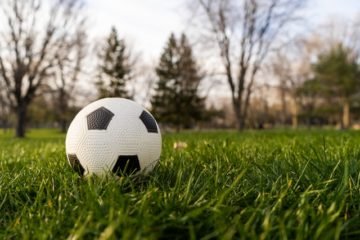 Returning to action at the Santiago Bernabéu, Real Madrid secured a key win against Valencia to temporally close in on la liga top spot before Sevilla and Barcelona’s matches on sunday. Real Madrid recovered from the 3-0 Read more…

According to mundo Deportivo, Barcelona intends to extend Leonel Messi’s contract next season. The Catalonia home club in studying the possibility of extending the contract of their number 10 which expires in 2021. The club Read more…